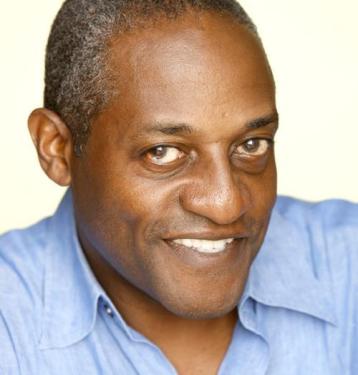 What about Fences speaks to you as an artist?: What speaks to me as an artist regarding Fences is the identification of fatherhood and the role of baseball in my life. My father played, I played (even had the opportunity to try out for the Chicago Cubs!). In addition, my baseball idol, Roberto Clemente, is mentioned significantly and singularly within the play.

What’s your biggest challenge when taking on this role?: A particular challenge for me is making sure Gabriel is not a caricature.

Favorite role (that you’ve played or that you want to play)?: My favorite role(s) are Gabriel and Stool-Pigeon (from King Hedley II), which I was so far able to understudy and help prepare for, but not actually perform for a paid audience.

When you have a five minute break during rehearsal, what do you spend that time doing?: During break I check messages and use the bathroom, due to my increased water intake while here in Colorado!

Come and see Darryl and the rest of our cast in August Wilson’s Fences, from April 5 – 21, with a preview night on April 4. Click here to buy tickets.