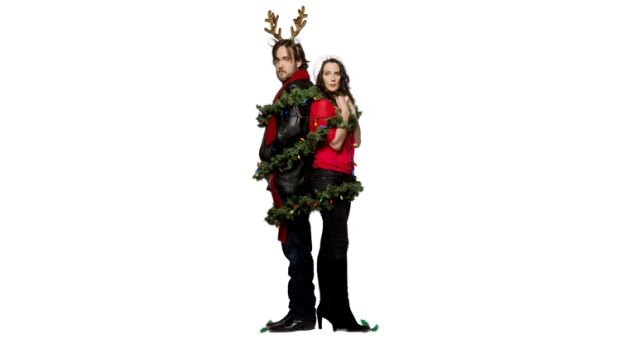 Stephanie Bettman and Luke Halpin are singers, song writers and all around entertainers. They are known for their original Folk/Americana performances. Their concerts consist of high- energy, up beat bluegrass/roots songs and beautiful ballads most of which they have written themselves. They have become known for their story telling through music and playful banter. They describe their music as “rootsy” springing from the traditions of American blues, jazz and folk music. Bettman and Halpin started touring in 2008 and incorporated a trio and quartet in 2013.

Stephanie Bettman is an accomplished song writer, singer and also an outstanding fiddle player. She has been compared to Joan Baez and Emmylou Harris. Her fiddle playing has been inspired by Stephane Grappelli, Byron Berline and Johnny Gimble. Ms. Bettman is a former actress and trapeze artist. She is classically trained in opera, violin, and voice. She studied at the Oberlin Conservatory.

Luke Halpin is a multi-talented performer with the ability to play several instruments. These instruments include guitar, mandolin, fiddle, banjo and almost any other instrument he decides to play. He is also a vocalist and is able to blend perfect harmonies with Ms. Bettman. Luke has a long history is show business. He once shared the stage with Merle Haggard, Lone Star, and The Steve Miller Band. His quirky sense of humor rounds out his talents as an entertainer. Halpin grew up in South Pasadena, and is self-taught.

Bettman and Halpin have earned several awards and competitions including: Grand Prize Winners in the So Cal Live Acoustic Music Competition and the winners in Southern California’s Topanga Banjo/Fiddle Contest. They have twice been a featured act at the Walnut Valley Festival in Winfield, KS along with Byron Berline, Michael Martin Murphy, Pat Flynn, and Tommy Emmanuel.

Phil Norman is another member of the group. Phil is cello player described as “playing the cello with a modern flare” (Marquee Magazine, January 2013). He is classically trained with a degree from the University of Colorado. He has created his own sound with alternative styles of playing the cello. Phil has been playing with Bettman and Halpin since 2013. He has performed concerts in the United States, Italy, and Australia, and has appeared on stage with composer and pianist Carter Pann, guitarist Grant Gordy, and Bonnie Carol, and was a featured artist for TEDxBoulder.

Carl Sorensen is one of Denver’s own. He joined Bettman and Halpin in 2013. He has played all over the country including Red Rocks Amphitheater. He has been compared to Ringo Starr and Levon Helm. Carl has played in more than 65 bands at the same time! He is very energetic and will bring this energy to the show.

Bettman & Halpin will perform a holiday show for the entire family titled “Christmas is a Funny Thing.” The duo will sing traditional holiday classics, several of their own originals, and share stories and songs about the ups and downs and sideways events of this holiday season.